Monday: 12km on the wattbike, and a strength session featuring mostly shoulder/lats work but also 4×6 50kg squats. It is odd what counts as light weight these days. Moderate upper-body DOMS for days though. Snatch grip deadlifts are the worst & I am struggling to lift  my standard deadlift warmup weight with a wide grip.

Tuesday: 3 and a half miles, made up of a drop pyramid 1000/800/600/400/200m sprints plus a 1km warm up and cool down. I then headed to my GFR coaching session feeling absolutely vicious and made them run up hills a lot. I felt like I mostly stood & watched/critiqued, but still ran 2 and a half miles in the process.

Wednesday: 6 miles easy. Ran to work; I used to do this a couple of times a week when I was training for Manchester just to save time, and mostly what lets me down is the organisation required in having to pack a bag with everything I need the day before and leave it at work. I invariably forget something quite important, like tights or a comb or mascara or a bra. But I am going to be more organised this time round, as completing the day’s training by 8am is excellent. Not excellent is gels on an empty stomach at 6:45am, but on these running days I treat myself to a breakfast and coffee from somewhere in town & it’s worth it.

Came in at slightly under the 7 miles on the plan but running through the city centre at rush hour is hell; plus last night’s extra miles means it all works out fine. These long midweek runs will possibly become split sessions as they get longer. Running home from work is always better.

Thursday: 4 miles, which ended up as six miles by running with GFR for a little bit of fartlek-style speedwork. Also fitted in a strength sesh at lunchtime. Best way to spend Valentine’s day! 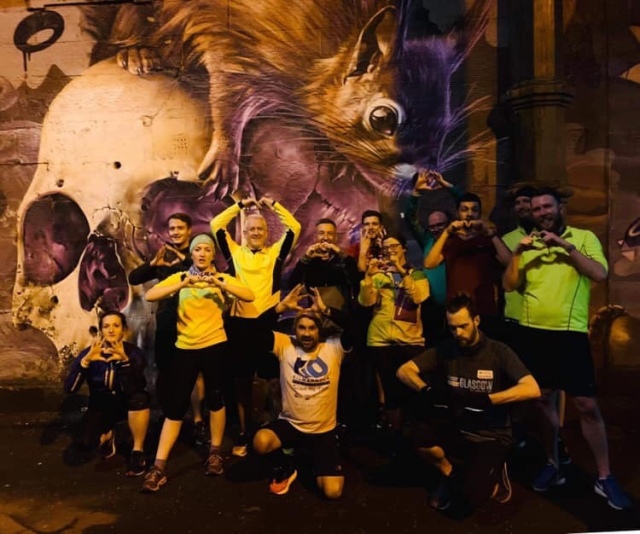 Friday: REST DAY YAY. This is way better than resting the day after the long run, although I look forward to rest day so much that I resent making any plans. I like doing nothing, & nothing is precisely what I did.

Saturday: Split session. I had plans both Saturday and Sunday, so moved the long run to today and ran 10 miles in the morning and then a further 6 miles in the late afternoon. It was OK… took quite a bit of effort to get out of the door for the second round, and my lunch date would have been way better as a lingering boozy affair rather than with half a mind on the miles to come. But that’s marathon training for you – friends, partners & a social life have to come second sometimes. I think mine are getting used to it by now.

I had intended to try the second session at a faster pace but it wasn’t really all that. I didn’t plan a route so the last 4km was me running around the neighbourhood trying to guess how far there was to go, mostly failing to guess and getting grumpier and grumpier. But the miles are in the bank, so that’s that.

Sunday: 4 and a bit miles easy. Cut back from 7 due to making the mileage up during the rest of the week’s sessions, & also because tired. It rained, but the company was good.

Brunch followed, then it was gym time for more strength & more stretching.

Total miles: 40! Here we fucking go. I absolutely did run around for longer than necessary to make sure it was exactly 40.

Nutrition: Good, if slightly excessive in volume. I want to eat everything all the time, and I am running enough miles to mostly get away with that but it’s not ideal and occasionally I do feel a bit heavy. Also I do need to be about 8kgs lighter & now is the time to make that sort of weight loss effort. I haven’t been so good with prepping lunches this week, so I have spent too much money on healthy takeaway lunches. Next week will be better because  it makes tracking macros easier.

Current cravings are Reese’s snack mix, greek yoghurt & roasted aubergine (not all together). 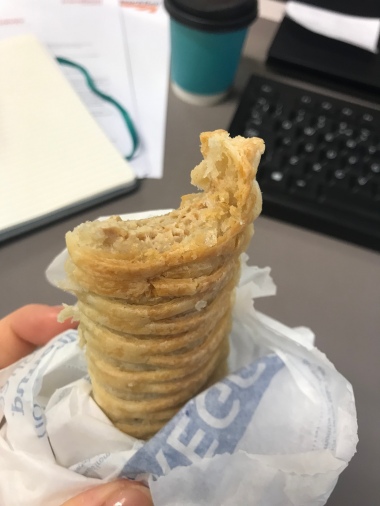 Feeling: OK. Aches and pains are probably not getting worse but I’m more aware of them due to tiredness and fatigue. Restless legs and slight leg cramp have woke me up in the middle of the night a few times, mostly after the longer runs. Speed sessions have gone better this week, probably due to not being ill or on my period: learning to listen to my body more is certainly working. I am not sleeping enough hours, but I am sleeping well once I switch Netflix off & crash out.

Laundry is almost entirely made up of running gear, which is weird

Heading into another deload week, which is nice. Speed & strength will be the focus, getting the most out of the shorter distances & enjoying the lifting sessions.